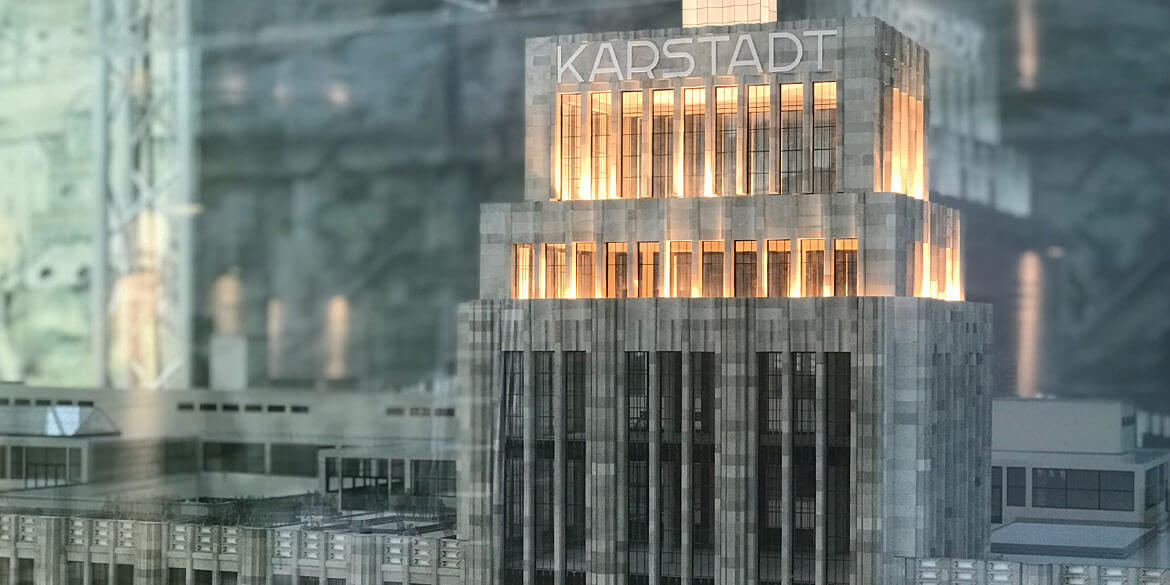 EXHIBITION 90 YEARS OF KARSTADT AT HERMANNPLATZ

On the occasion of Karstadt’s 90th anniversary on Hermannplatz, an exhibition will open on September 27, 2019 on the 4th floor of the Karstadt building, taking visitors on a journey through the turbulent times of the department store. With Karstadt on Hermannplatz, the »most modern department store in Europe« opened in 1929. Back then it was more than just a department store – a place to meet, stroll and enjoy. Because in addition to the goods for daily use, the house also offered all kinds of services such as travel agencies, children’s hairdressers or a swimming pool. The over 4,000 square meters, public roof garden attracted to relaxed dining, but also to dance and pleasure and offered the most spectacular view of Berlin. The building thus became an attraction and a sight well-known beyond the borders of Berlin. The districts of Kreuzberg and Neukölln became completely new, Berlin became a modern cosmopolitan city.

The intentional demolition of the house by the Nazis shortly before the end of the Second World War meant a turning point. Initially, a provisional piece of rubble was resold, five years later a new building was started, which was completed in 1951. This was followed by various renovation and expansion measures up to the current status quo, which was achieved with the last construction phase in 2000. As the only part of the building that was largely spared the blasting in 1945 and was partially reconstructed, a facade fragment on Hasenheide survives the eventful history. It still bears witness to the historical site and a time when a visit to the department store was much more than just »shopping«. 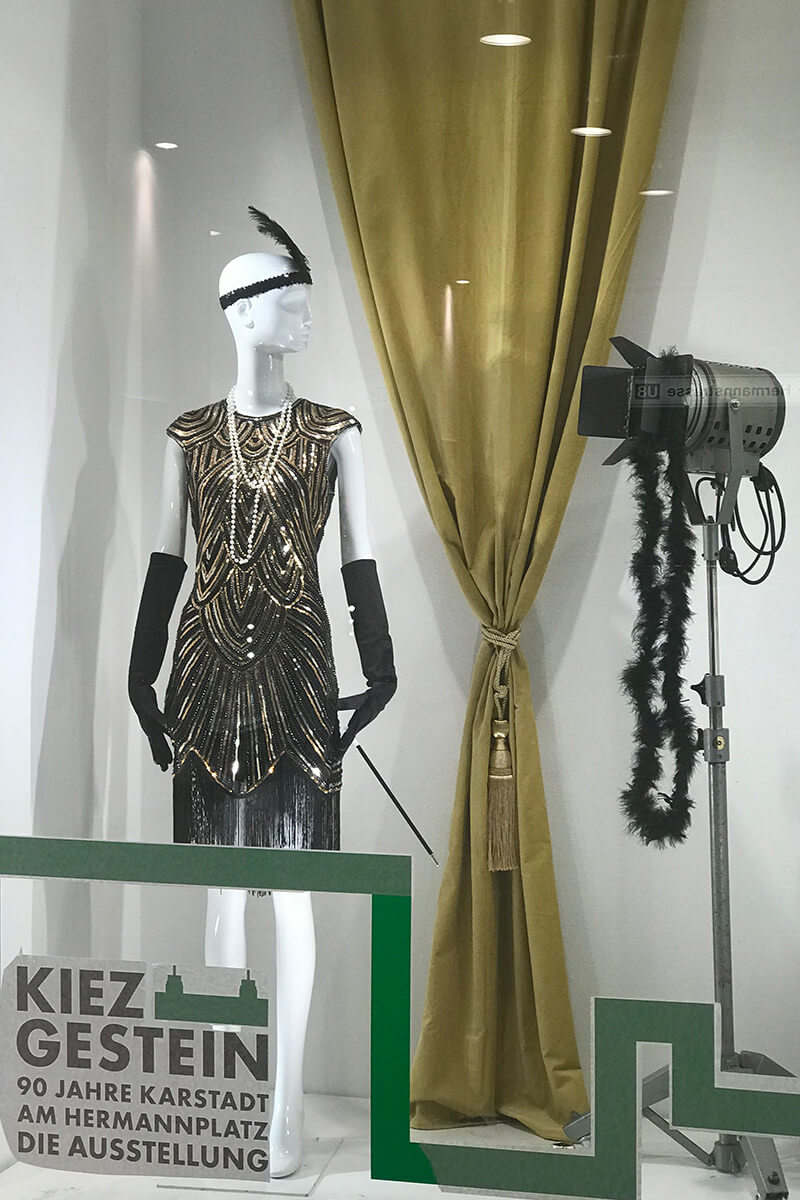 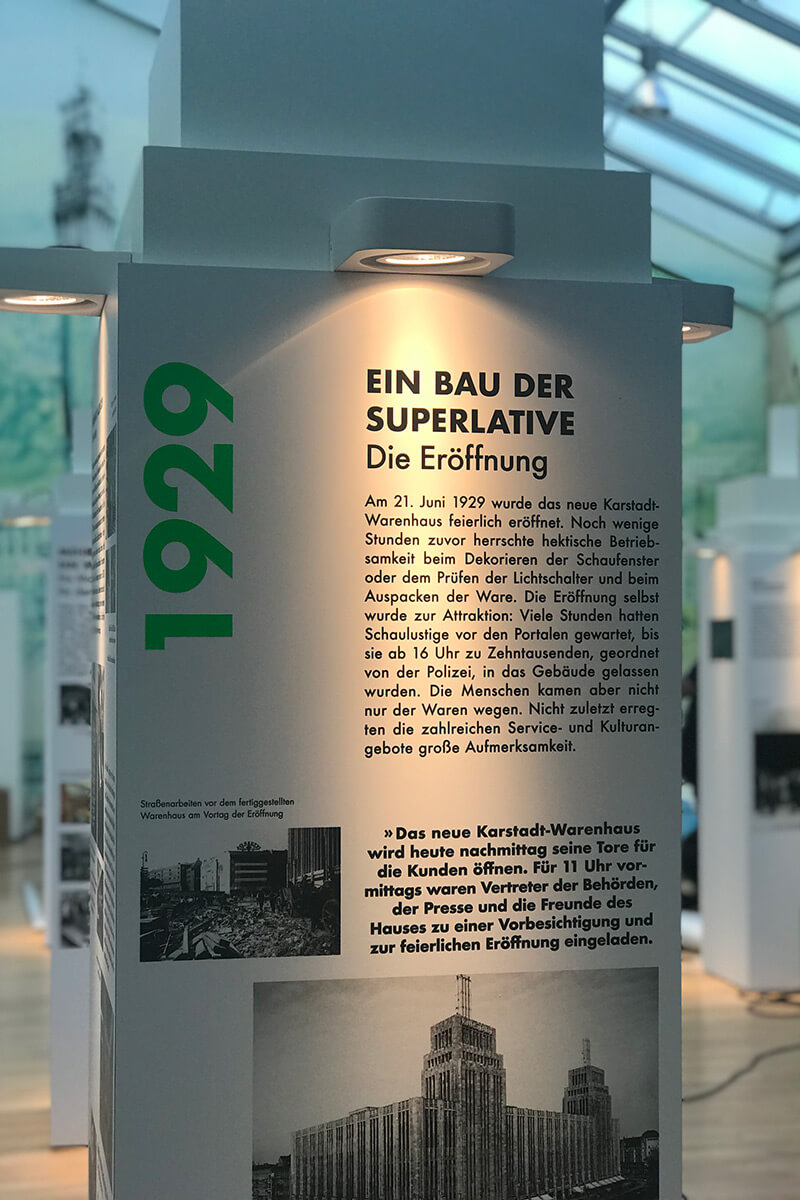 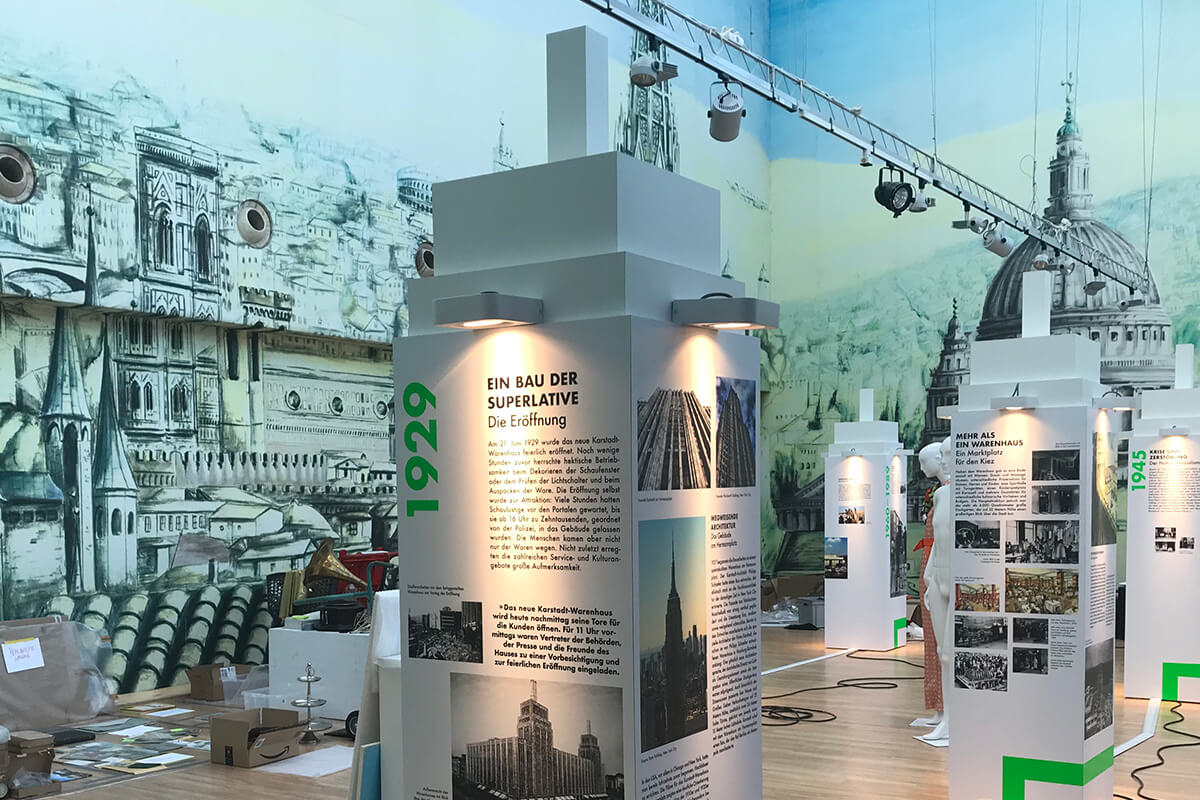